The city of Winter Park holds a rich history and was originally settled and planned because of the great beauty of the area. The Winter Park chain of lakes, as well as the natural beauty of centuries-old cypress and oak canopied roadways, are as stunning today as they were in the late 1800’s when Loring Chase decided to plan the town.

And, Winter Park quickly became a paradise for northern visitors. However, the plan of the town was also for residents, artists, business owners, and students. Because of the this, Winter Park became the home of the first 4-year college in the state, Rollins College, and the first community which was held to strict architectural standards.

As a result, this town of about 30,000 residents holds some of the most historic structures in Central Florida. Not only is Winter Park famous for its impeccable style, but it has hosted Presidential visits starting with Chester Arthur in 1885, through Barack Obama in 2012.

Notable speakers at Rollins College include Sir Paul McCartney, Gloria Steinem, and Ronald Reagan, just to name a few. Well known for the Winter Park Art Festival each year, the city has held fast to its roots in a wide variety of art offerings, and the festival is renowned the world over as a unique, loyal supporter of all artists.

Needless to say, the older homes of this area have been meticulously maintained, and offer some of the most original “old Florida” style homes. However, there is new building too, giving residents enormous options when settling here. Townhomes and villas are available, as well as expansive estates with private docks on one of many gorgeous area lakes. The Winter Park Country Club, a city course built in 1917, was just restored last year and is a top ten favorite in the state for the best of short nine play.

With its proximity to I-4 and close to downtown Orlando, Winter Park is a short drive to theme parks and offers the best of Orange County Public Schools. And, some of the best private schools in the state from elementary to College level. Early planners were convinced Winter Park would be a high standard for communities, rich in activities, diverse interests, and aesthetically beautiful. More than a century later, the plan has exceeded all expectations. 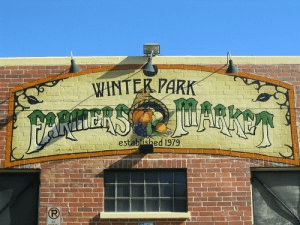